I was contacted by Christian Williams from The Unte Reader to illustrate a cover for the Nov/ Dec issue, and the topic at hand was Climate change.

Right from the start, Christian provided me with a detailed description of what they were looking for.  It was a great idea and jumped at the opportunity.

The idea was to have a more or less horrified/sad Statue of Liberty with water rising to he knees, still holding the torch but pulling up her dress out of the water with her other hand.  Also there was to be a ferry tour circling her, with tourists taking photos, as if nothing was wrong.  A nod the the fact many people fail to recognize the issue of climate change and the effect is is having on the world.
Another detail was to have her holding Al Gore's "An Inconvenient Truth" under her arm as well.

Here are the initial, then refined sketches. 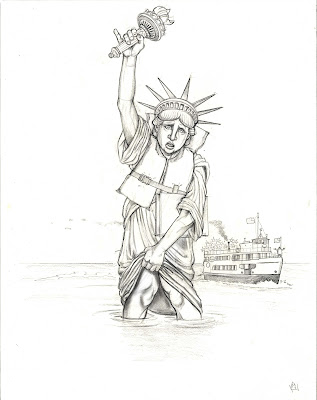 The sketch on the left was sent in for approval and the next was a refined drawing based on the approved sketch.

After some disscussion it was pointed out that Lady Liberty was not lifting her dress in a ladylike manner...it was looking more like the  "The Pee Pee dance." 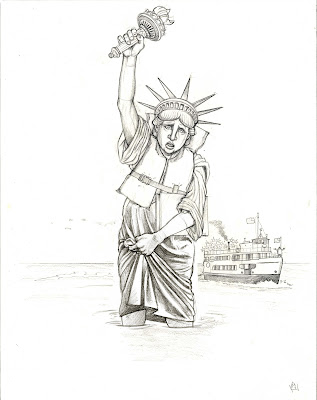 And here is the final product. 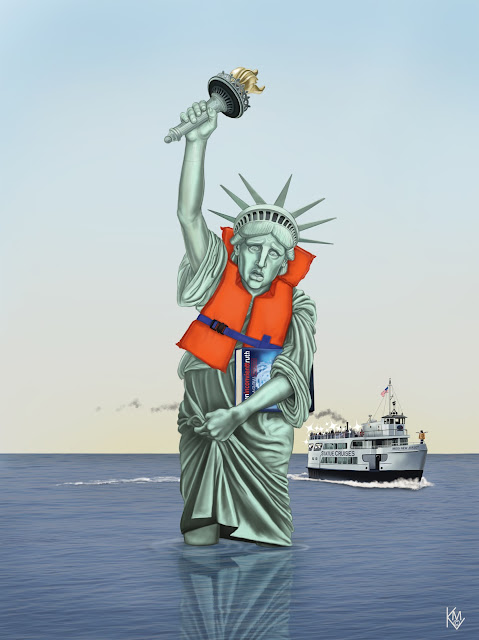 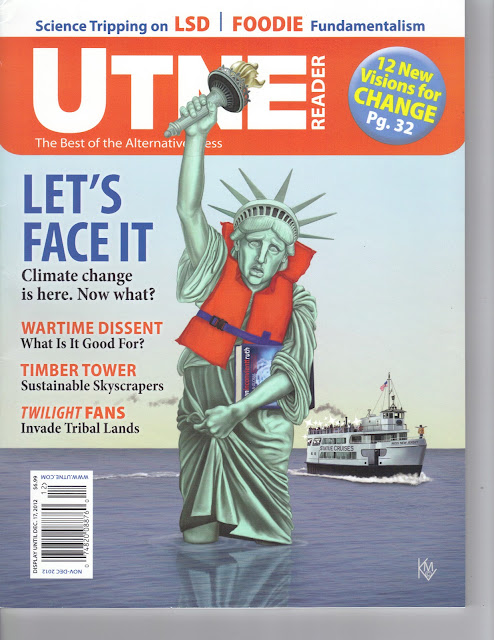 This was a fun, great cover to illustrate, and it was a pleasure to work for Christian and the great people at The Utne Reader.

I was also just informed that this cover was featured on an international blog that celebrates innovative and creative covers. You can check out the site coverjunkie.com here http://www.coverjunkie.com/new-covers/10880


Posted by Kevin McVeigh Illustration at 12:59 PM No comments:

I did a couple of illustrations of the big two I'd like to share with you...awwww,  that's a special rhyme.

First off is is Mitt Romney and his proposed Presidential seal...if he won that is. 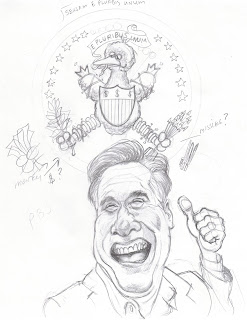 The initial sketch of a chuckling Mitt, with Big Bird basically crucified on the Presidential seal. 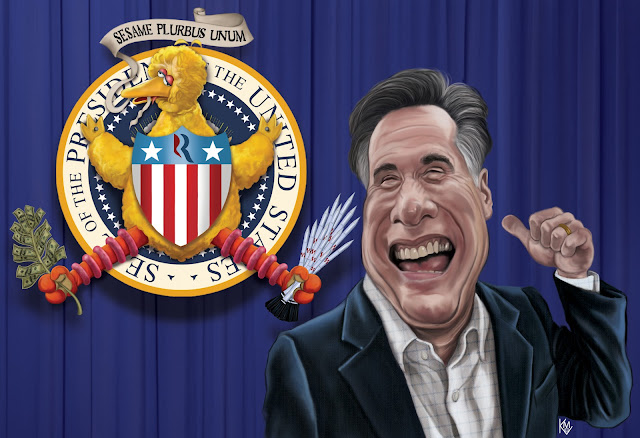 I tweaked the layout so it didn't look as if Mitt was wearing Big Birds butt on his head. I think that was the first time I ever drew a Muppet...BB is a Muppet right?...technically? 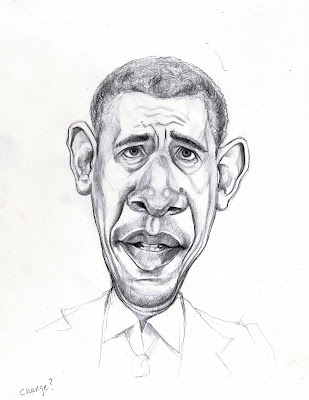 During the power outage as a result of Hurricane Sandy, I drew this quick Obama sketch, in hopes that my power would come back on so I could get this illustration finished in time for the Election. 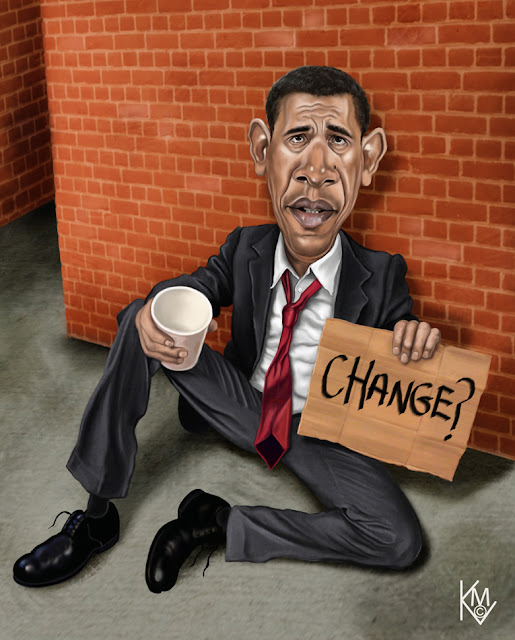 I consider myself an equal opportunity satirist...and this Illustration works in a number of ways.
The famous "Change" slogan from the last Elections, and well now..."Change" has an entirely different meaning...from a certain point of view.

Posted by Kevin McVeigh Illustration at 12:28 PM No comments: