I had a vision before I fell asleep last week.  It was Conan O'Brien with his flaming red hair on fire.  I dunno why...maybe I've been watching too much of his show lately, not that that's a bad thing.  I've been a big fan since way back, so what better time than now to draw something.

I started scribbling and sketching, but basically I just wanted to get a rough drawing into Photoshop so I can start playing around with my idea.  At this time i wasn't sure if I wanted the fire to represent his hair, or have his actual hair on fire.

Well I wasn't feeling the look of the fire replacing his hair, so I decided the drawing must include Conan's signature hairdo, and that was going to be on fire.
So now we know what Conan is going to look like when he plays Lex Luthor in the upcoming Superman flick.
I had another idea to make Conan's tie resemble a bottle Tabasco sauce..ahhh my vision was coming together...then I realized if I merged Tbs along with Conan's nickname Coco.. It would be Tbs-a-Coco, very close to Tabasco.
It's very sad and pathetic how my mind works sometimes..but I like it.

Well there it is. Conan's on fire.

Posted by Kevin McVeigh Illustration at 11:11 AM No comments: 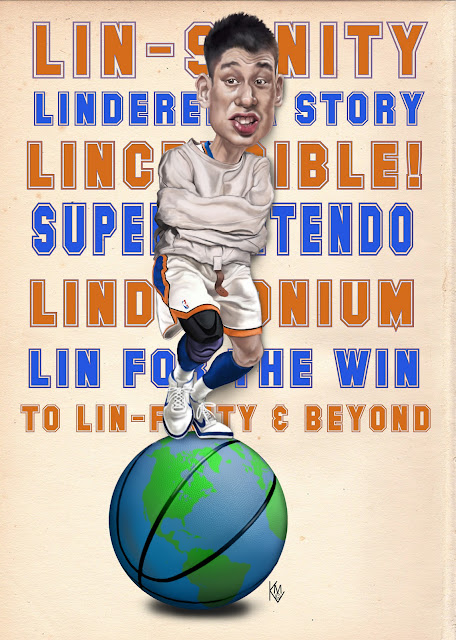 Howdy do?  Just before the new year a buddy of mine told me Mattel was holding a "Create a Character Contest" for the Masters of the Universe toy line.


I was elated, but under the gun.  I was working on a job that had to get done by Christmas Eve, and the deadline for the Mattel contest was on New Years Eve.


That didn't leave me with much time, however being that I am a smooth Mofo, I was able to finish that job a day before Xmas Eve and had a day or two between Christmas and New Years to scribble out a few ideas for the Mattel contest.


The contest was open to pretty much anyone who wasn't an employee of Mattel, and the age group wasn't limited.  So I figured I'd have a leg up on all of those crayon clenched little kid fists.  But who knows...the winner won't be picked until July...sighs.


The contest stated you had to use "shared parts" within the toy line already.  If you remember from back in the day, they would just repaint an old figure and give a new name, and presto you have a new figure.  For example Moss Man was just a Beast Man figure minus the armor, painted green with pine scented flocking glued to him.
Stinkor was basically Mer-Man repainted like a skunk.  You see where I'm going.


So keeping in mind the "shared parts" criteria I pulled out a name of a character I created as a kid.  His name was Furnace Face.  Basically he had a metal head that was on fire...Don't  judge, this was the early 90's.  I even sent a drawing of him to Stan Lee...stop judging...If I can find a picture, I'll post it.


Anyway I thought the name was perfect for the toy line.  Now I just need to figure out what parts to use.  Here are the ingredients used.


-  waist and legs of Roboto.
-  Trap Jaw's arms (from before he became Trap Jaw...I dunno either).
-  Man At Arms chest armor.
-  Head from the Faceless one ( Except it would have to be recast clear with flames and tinted reddish orange).


Behold the sketch and final drawing.


I will probably lose to some 9 year old who based his character on a mix between his grandma, a poodle and Bieber.


Oh well I had fun creating Furnace Face so whatever happens, happens.

Alrighty then, this is my Blog... I 'm not sure I know what I am doing, so please bare or bear with me.


I am an illustrator who was looking to expand my horizons a little bit with my very first Blog. I feel like an adolescent girl writing in her diary for the first time, this is very unusual for me, if I only had a Menudo poster on the wall I'd feel more comfortable.


OK so lets get down to brass tacks...what does that mean? anyone?
I wanted to post a few things on this blog that I haven't had on my website yet (that website being www.kevinmcveighillustration.com).  I am a HUGE Star Wars geek, and just finished a piece that it a mix of..whatever I'll just show you.


Now I did this purely for fun, and the fact that Paul and Maul rhyme.  I actually like Ron Paul, but I thinks it's more because I feel sorry for him.  But hey this isn't a place for me to talk politics.  But interestingly enough the Texan Congressman uses the Imperial March( Darth Vader's Jam) as one of his Campaign "Fight Songs."  I found this out a day after I finished this, and yes it made me smile.  I also have to admit I read this in my Wife's People magazine... she has a subscription, I just like to look at the pictures.


Well that wasn't so bad.  Anyone out there reading this, we just shared an intimate moment in time and I will forever hold a place in my heart for you.  But just so you know I only have room for a few of you.


Thanks for being a part of my "Very First McBlog."

Posted by Kevin McVeigh Illustration at 10:49 AM No comments: