I'm going to blame the lack of posts on the Holidays...who am I kidding? I was abducted by Aliens.

OK so enough about that...I don't want to talk about it.

I had another cover illustration for the good folks over at The Utne Reader back in Sept-Oct 2013.
This was quite fun.

The issue itself had several articles dealing with some of the hardships College students have to deal with after they graduate and whatnot. One article in particular had to do with making the most out of a little. Basically how someone on a fixed income can still make amazing, inexpensive meals.
So the concept became having celebrity Chef Gordon Ramsay of Hell's Kitchen make some kind of exquisite meal consisting of typical College dorm ingredients.

This was fun because I was able to crowbar some goodies in the illustration reminiscent of my own college days..or daze.  I was able to let loose a bit and come up with something pretty cool. 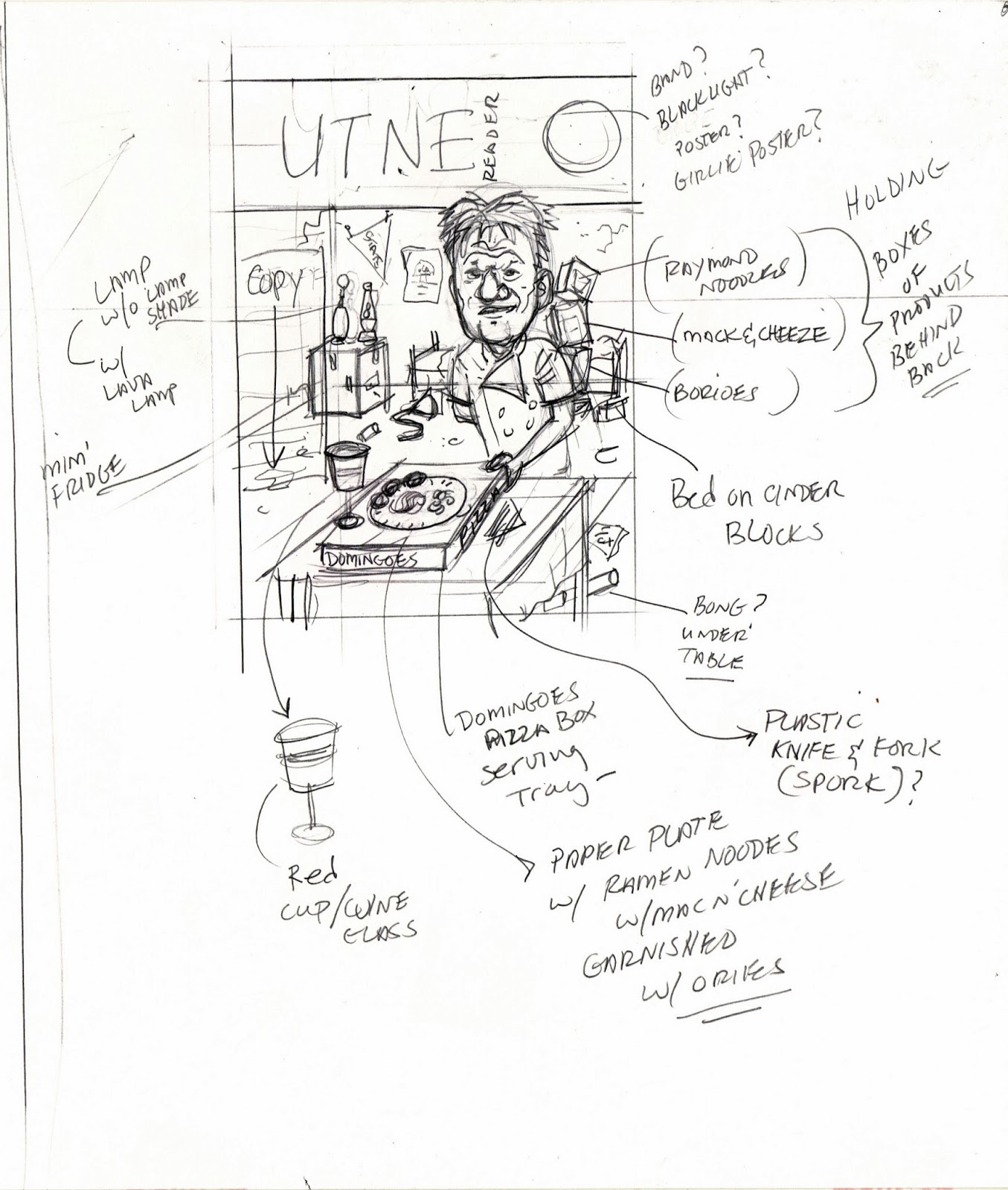 This was the initial sketch, with tons of scribbled notes.  This was approved so I got to work.

Presto! the finished illustration.  I stayed pretty true to the initial sketch, and if you look close, there are quite a few cool details.  This is loosely based on what I can remember of my old dorm room. 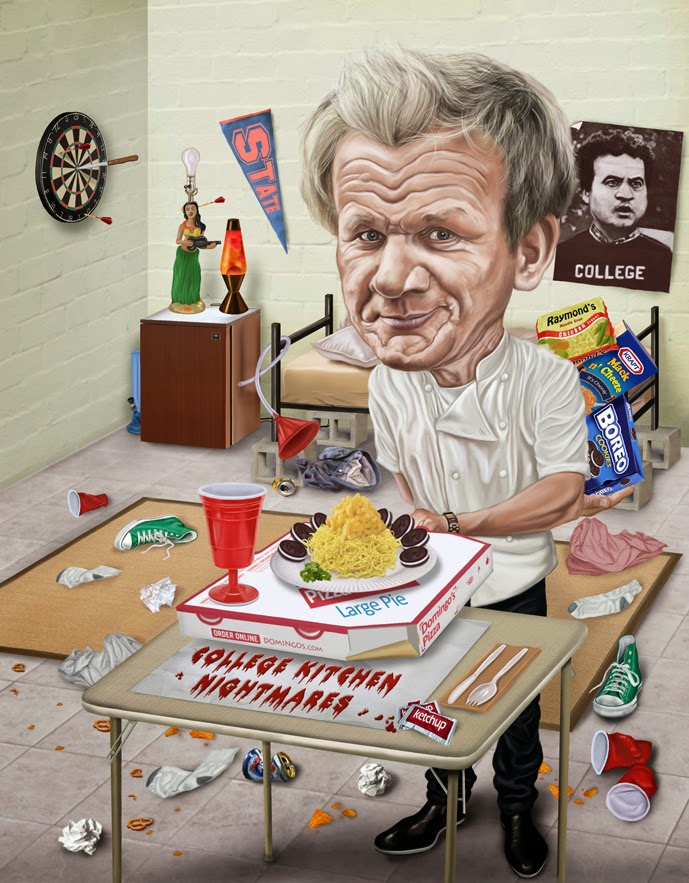 It was fun coming up with phony names for the food products, while staying close enough so everyone knew what I was going for. 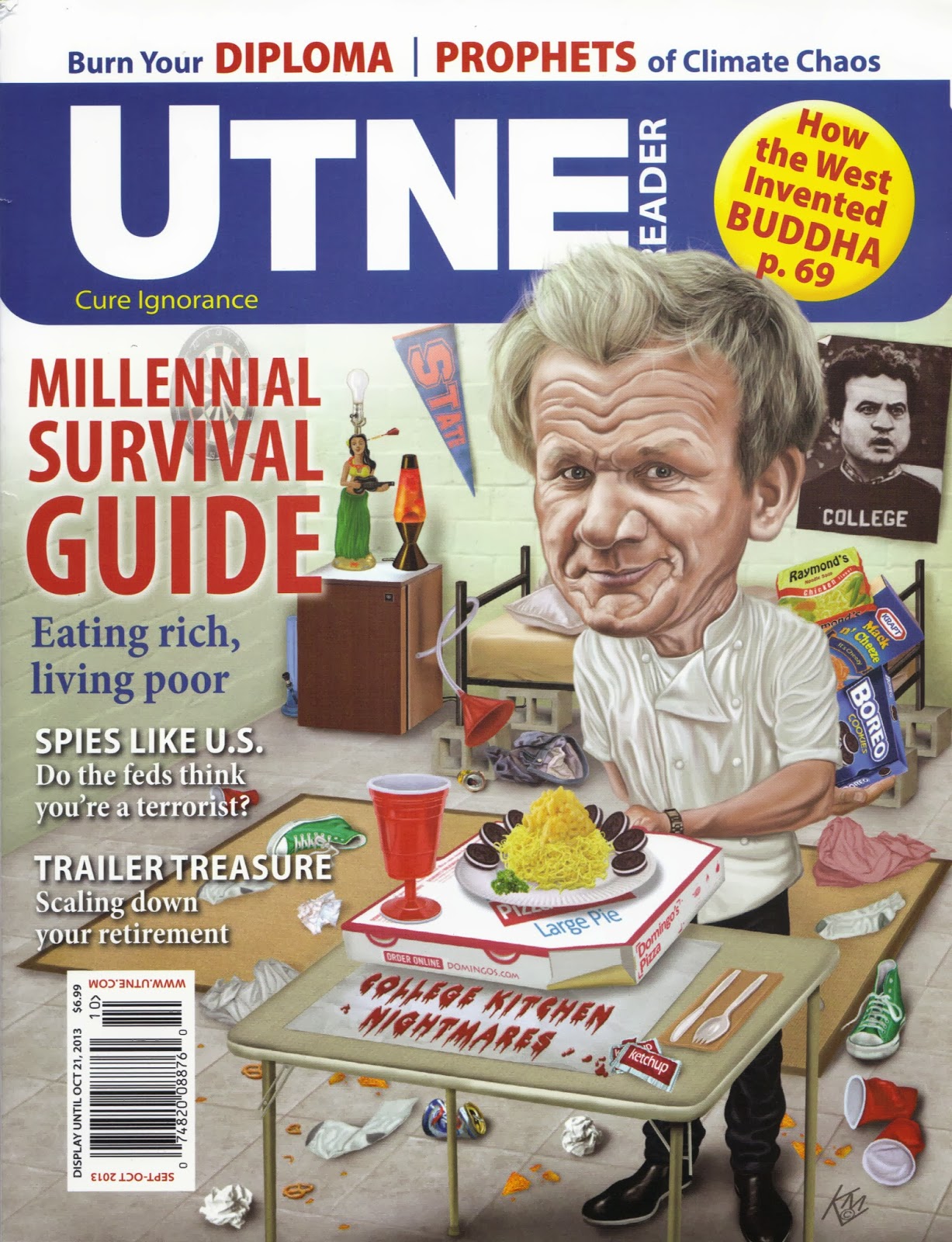